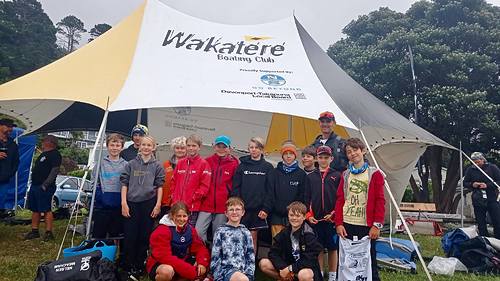 The 2020 New Zealand Optimist Nationals were postponed in April and finally held in November. What a year!

With the Easter postponement due to Covid-19, this was the first time the NZ Opti Nationals were held in November.

Wakatere had all the Opti fleets covered (Green, White and Open) as they headed down to Worser Bay in Wellington with Tom Saunders as coach.

The final two days of racing were blown out due to very strong and cold Southerlies so this left 8 races over 2 days to count for the championship. 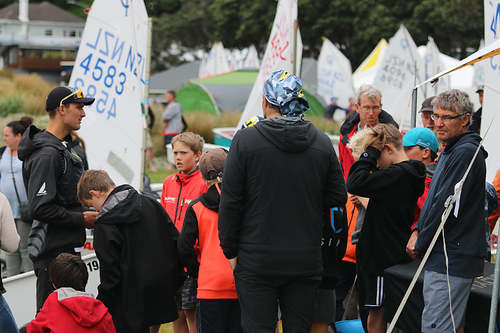 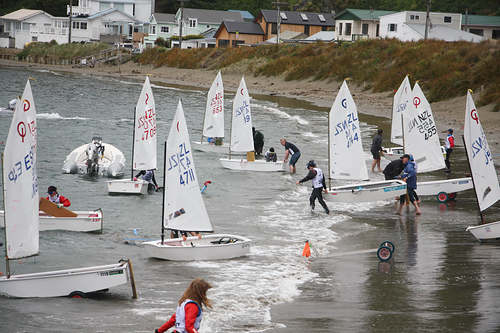 The Green Fleet was sailed in the bay close to the club with the now famous Flamingo and Unicorn marks being used. WBC had 1 sailor in Green Fleet Tom Shannon starting out with a 9, 3, 1, 2 to sit in 2nd place overall after day 1.

White Fleet which is typically your first year Open fleet sailors, sailing out on the Open Fleet course with a slightly shorter bottom mark and 1 less race a day. Wakatere had 5 sailors in the fleet of 22 with 2 sailors deciding to step up from green fleet the day before the regatta. The WBC team were on fire on Day 1 with a different sailor from Wakatere winning each race! Blake Jeffery winning R1, Ruben Newton R2 and Niamh Shanahan R3. Callum Noyer was always lurking on the edges and Jack Craddock had his best race of the series with a top 10 finishing 9th in Race 2.

Open Fleet stayed out for 4 races and a long day battling the elements. Will Mason started the regatta off with a bang leading the race from start to finish; finishing with a hefty lead! Tom Pilkington finished R1 in 3rd, with David Sales having a great start to his New Zealand regatta experience finishing the race in 7th. This was a great start for the WBC Open fleeters.

Race 3 was another bullet for Wakatere with Cam Brown using some great speed to come from behind to pass the leader up the last beat. Tessa Clinton also finished with one of her many 11ths with very consistent sailing.

Race 4 saw Andrew Jenson have a great race and show his skill and speed to finish the race in 4th, and Manu Fabres had an absolute blinder of a race crossing inside the top 10 only get receive the heartbreaking news that he received a UFD (U Flag) - this was heart wrenching to see for Manu as it was a beautiful race. Also unfortunate was Tom Pilkington getting a UFD as well after a very consistent day with all races inside the top 7 before this.

That evening the NZIODA AGM was held and it was "pencilled in" that Wakatere would host the 2023 Auckland Champs and Nationals with confirmation to come from the Committee! 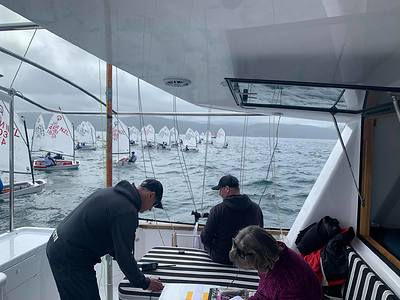 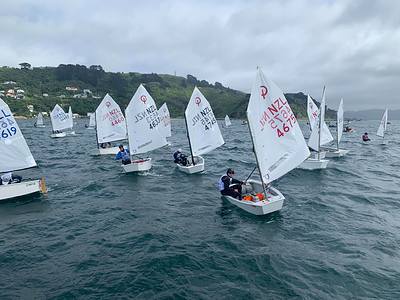 DAY 2 had another 4 races scheduled for Open fleet and 3 races for Green and White Fleet before the stormy Southerly weather was going to hit. The wind had switched to a Northerly and with the Southerly heading up the country, only ever topped out at 20 knots but normally in the 14-16 knot region; however it was choppy, so power was needed through the waves and excellent bailing and sailing skills as well.

It was a real pleasure for the scribe to watch some of the Green fleet racing on Day 2 as Tom Shannon was on fire with the way he was sailing. Tom has a real hunger for a port tack start pulling this off a couple of times during this regatta!!! Tom sailed amazingly well on the last day to record a 4 and then he won the last 2 races to win the 2020 New Zealand Green Fleet National championships and a well deserved winner too!

I was also able to keep an eye on the battle ensuring in White Fleet with Callum Noyer having an awesome last day including a race win in the second race and two 4th places to climb up 2nd on the leaderboard tied on points with Ruben Newton who took out the White Fleet and was crowned the 2020 New Zealand White Fleet Champion with very consistent sailing.

Niamh Shanahan had a great first race with a 3rd and this put Niamh in 4th Overall, and was also crowned the 2020 New Zealand White Fleet Girls Champion! 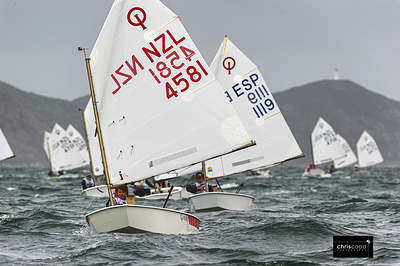 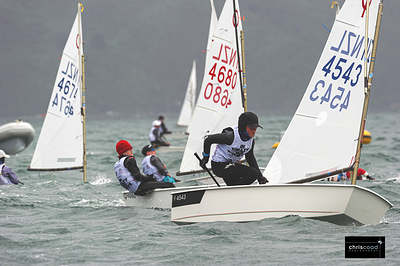 Open Fleet had some very close racing with Will Mason having a consistent day with all races inside the top 10; in fact only once did he finish outside the top 10 the whole regatta and finished 4th overall and winner of the 11 years and under category as well! Cam Brown also had a breakthrough regatta for him finishing 5th overall and getting a 2nd in the 2nd race. Tom Pilkington was conservative on the start line on Day 2 after his UFD on Day 1 and after 2 not so stellar races came back with 2 top 10 finishes to finish 8th overall. It was great to see these 3 in the top ten with each of them having so much left to improve on this season!

Andrew Jenson had another good race to finish with a 6th in the first race of the day. And after a tough regatta it was awesome to see Nelson Meacham still battling away to have his best race on the last race of the regatta with a 12th! David Sales had a tough 3rd race capsizing before the finish but sailed well in the other races to be the top Overseas competitor. Ashton Cooke had his best race of the regatta with a 16th showing some great speed at times on the race course!

Tessa Clinton had another consistent day and was a very well deserving recipient of the Briar Dye Hutchinson Trophy for the overall 2020 New Zealand Girls National Champion.

It was great to see the team environment and the encouragement given by the sailors to the other sailors no matter the fleet. Another highlight was the dinner out at Scorch-o-rama on Saturday Night - it's these memories that stay with the sailors a long time after the racing and mark roundings have been forgotten about.

A massive thank you to Parent Rep David Craddock and Coach Tom Saunders for the great work and the Team Wakatere spirit over the regatta and at the club! 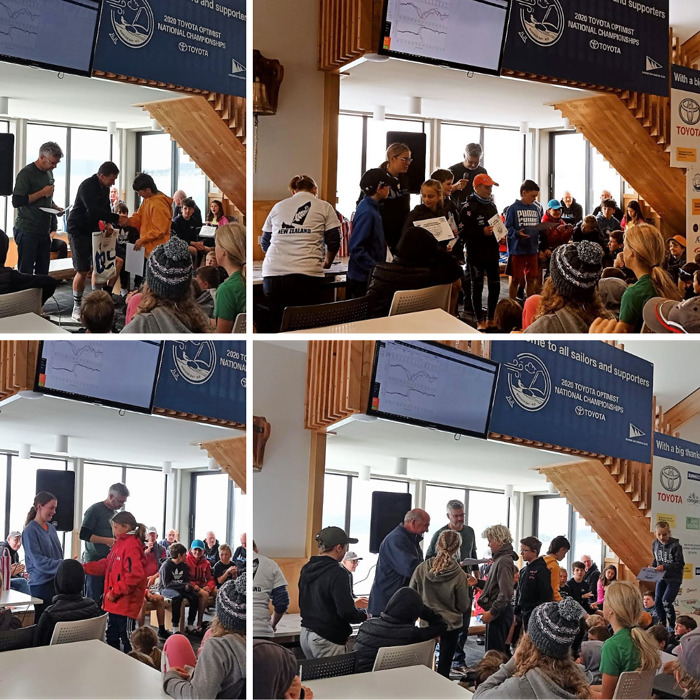 Thanks to Wakatere parents, Worser Bay BC and Chris Coad for these images.