AON Club of the Month

Wakatere was awarded the AON Club of the Month by YNZ for March 2021. Here is the YNZ report -

Most good ideas are adaptations of other good ideas and the Wakatere Boating Club have taken an Emirates Team New Zealand mantra and applied it to how they run their club.

It's an approach that has served the club well in recent times. Not only is membership sitting at a healthy figure of about 400, but there's a clear strategy, good synergy between the junior and senior fleets, plenty of options for all types of sailors and a good atmosphere around the club.

"You hear the Team New Zealand mantra of, 'does it make the boat go faster?' Wakatere commodore Ed Crook explains. "A lot of what we are thinking about gets assessed against, is this going to increase the number of people on the water and participating in our sport? If we can answer that with a yes, then we will try to make it happen."

Wakatere is probably one of the most active dinghy clubs in the country, regularly hosting events both on and off the water - they will even host next month's Oceanbridge NZL Sailing Regatta. Their sailors have also achieved tremendous success over the years but this is not their principal aim.

"It's very much a family-focused club to support participation in dinghy sailing," Crook says. "We don't see ourselves as a club who sets out to focus our resources and time on the elite sailors. We think they will get there anyway. Rather we want to provide a place where everyone can come and enjoy dinghy sailing."

This is borne out in their membership figures, and family memberships make up 56 percent of their overall total. Head coach Lydia Grasberger has been instrumental in establishing a programme which has delivered a great pathway for those who are new to the sport and the senior classes enjoy strong growth through the 3.7, OK Dinghy and Sunburst fleets.

"We are really lucky to have the calibre of sailors who are active in the club, whether as sailors themselves or as parents to junior sailors," Crook says. 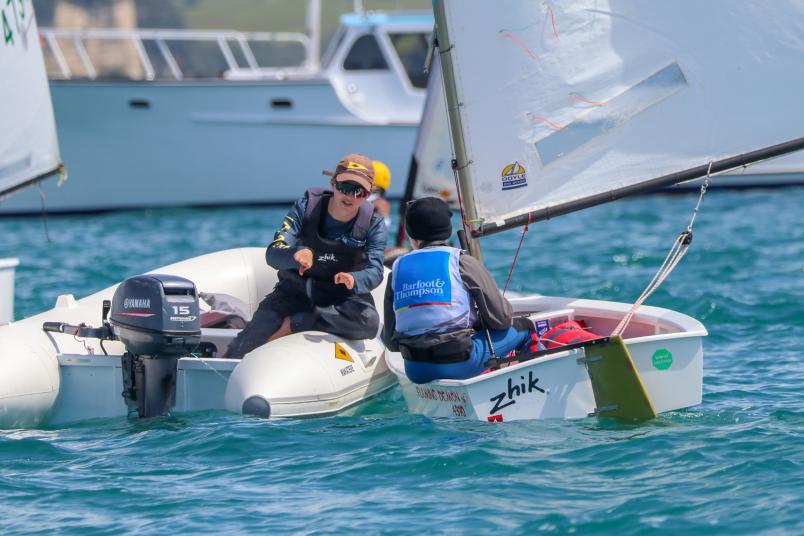 One of the club's recent learn to sail initiatives is the waka compass programme, which is designed for beginners of all ages to introduce them to sailing. They run Waka Confidence (8-11 years), Waka Adventure (12-17 years) and Waka Adults and it has proved an overwhelmingly-popular approach.

Their adventure sailing component, which is principally done in RS Fevas as well as windfoilers and powerboats to introduce participants to other types of craft, is over-subscribed and proves that not everyone wants to go dinghy racing.

"We have a marketing team who work closely with our head coach to make sure what we are doing has a broad-based appeal and is understood by people who might not have a sailing background," Crook says. "We wanted to make sure there was a fun component to it and we weren't losing the plot through focusing only on racing, coaching, and elite sailing."

A big growth area of late has been in windsurfing and windfoiling. This has been led by long-standing club members Gary Hill and Ian Young, who initiated a resurgence in the sport a few years ago and meant they were well placed when windfoiling came along. 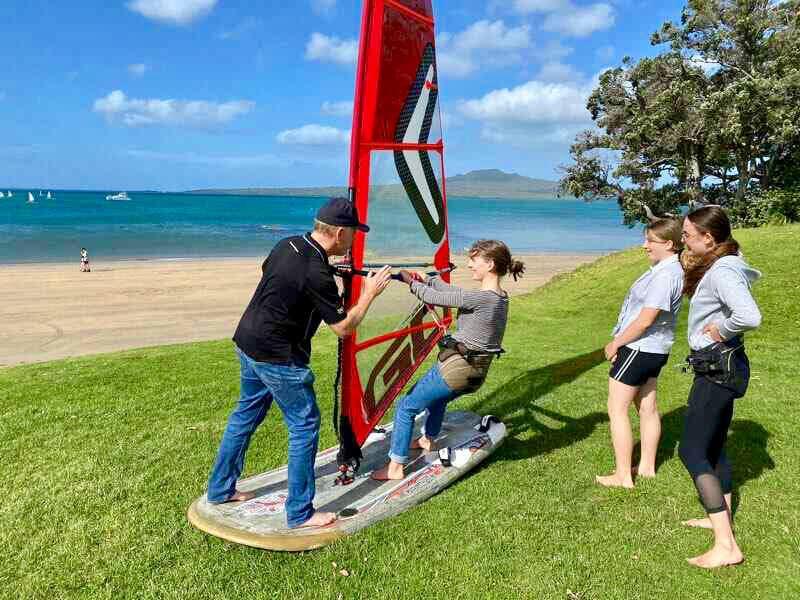 Windfoilers now make up about 20 percent of the total fleet for club racing on Sundays, although they have a later start time to minimise the overlap on the race course and help ensure everyone can enjoy good quality racing safely.

It means Wakatere are now regarded as the country's leading club for windfoilers and Yachting New Zealand's project development squad also base themselves there a lot of the time.

"We were really keen to see it grow because we could see it provided a pathway for youth sailors who weren't overly rapt with the idea of the more conventional pathway and wanted something that was a bit more exciting and colourful," Crook says. "It was an easy thing to get in behind and support."

It was a similar story when it came to the club's environmental and sustainability efforts, and it could be argued they have set the standard for yachting and boating clubs in this country. 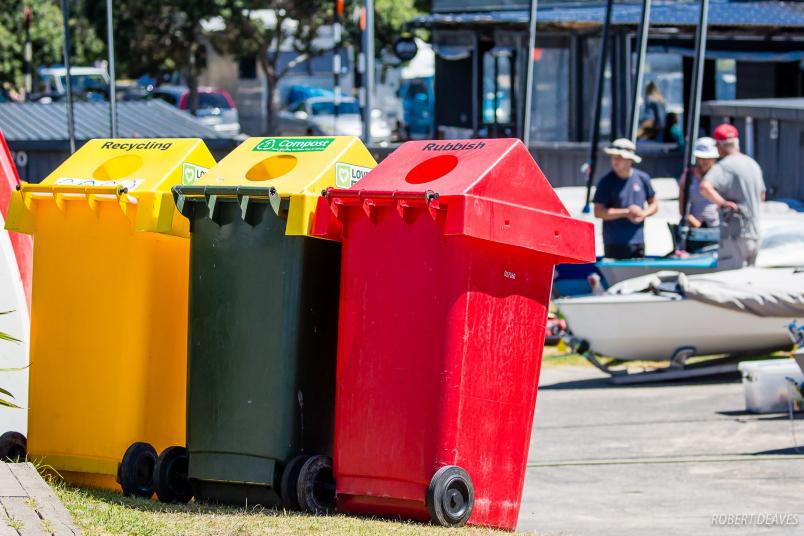 This was highlighted by their efforts during the 2019 OK Dinghy World Championships when the club achieved gold status under the Sailors for the Sea clean seas regatta programme, and they've since achieved platinum status for last year's RS Feva national championships.

"The credit for that sits with Delayne Salthouse who approached the club and said, 'hey, you need to do a better job on sustainability' and we said, 'you're right'," Crook says. "She came in with a huge amount of energy and made things happen."

Of course, not every club has so many willing volunteers but, equally, clubs need to create an environment in which fresh thinking is welcomed and then acted on. This encourages others to get involved and should help create a more vibrant culture.

"If I sit back and reflect now, a lot of what we have done is had really good people who have put their hand up to do something and we've gone, 'yep, sounds great'," Crook says. "We then give them the space to be able to get on and do it and they've taken it, run with it, and championed the cause and it's grown another aspect to what the club has to offer.

"There are a lot of people putting in a lot of work across the club and, aggregated together, it makes for a really good club."