Wakatere Boating Club was founded in 1926 as a sailing canoe club. Around the mid 1920's canoes were all the rage, their bright reds, blues, greens and yellows were all over the North Shore beaches. It was therefore inevitable that John Brooke and 20 other foundation members should form a club in Devonport and call it the Wakatere Canoe Club. In fact, 'Wakatere' means fast canoe. 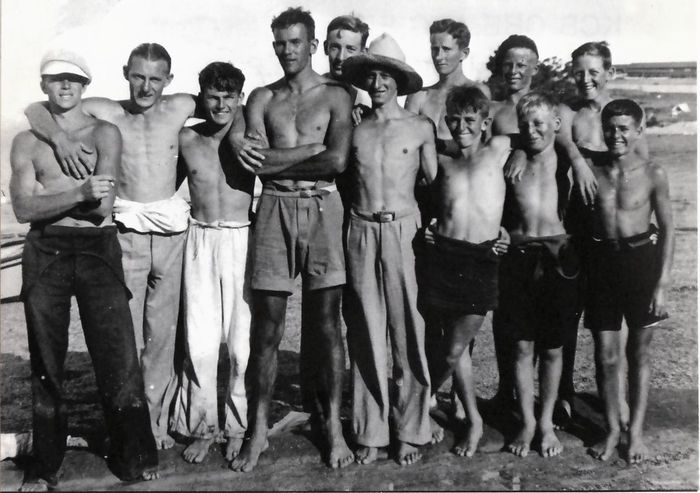 Several canoes soon appeared in January 1927 and by February the same year some of the paddling canoes were fitted with lee boards, masts and sails, so that when the First Annual Regatta was held in March 1927, in a lively northeaster, the main event was a sailing race, which drew nine starters. The end of this first season was celebrated with a picnic at Rangitoto, a tradition which continues to this day. 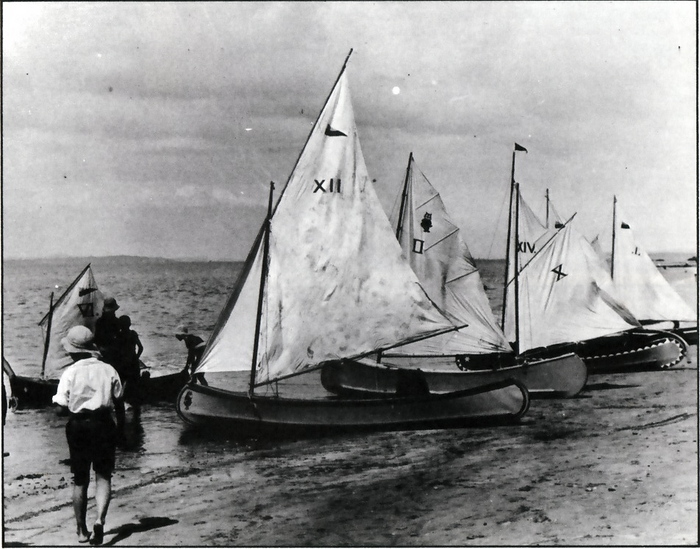 In 1932, the Club and it's members were in the grips of the Great Depression. A number of it's keen racing members got together and talked about starting a new class that could be built...at the optimistic figure of ten NZ pounds a boat. This resulted in the design of the Wakatere Class by John Brooke. We are fortunate to have the orginal blue prints framed and hanging at the club today.

Then five years later, the Wakatere one-design Skimmer was introduced, from this the Frostbite, Sunburst and Sabot were designed and introduced as the backbone of the club. Many top New Zealand sailors started their sailing at Wakatere in these classes. 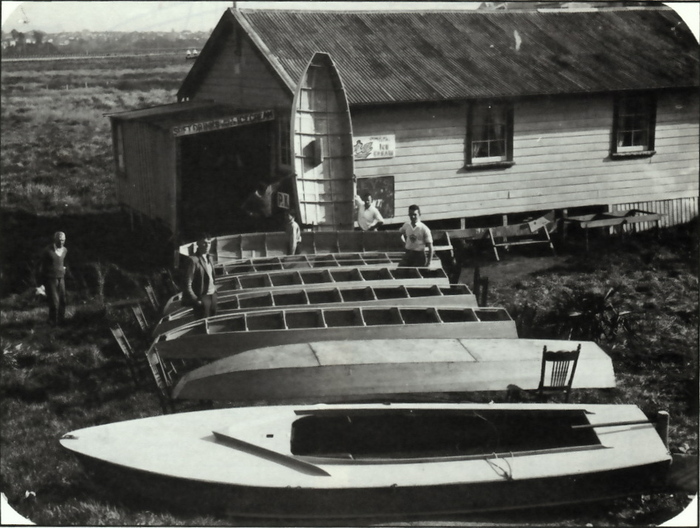 The first eight of the Wakatere One Design Class being built in the old YMCA Hall which was Wakatere's first clubhouse, September 1932.

Over the years the club has been a stronghold of the Sabot, Frostbite and Sunburst classes. More recently the Optimists have increased in popularity to become the main junior class at the club, along with the Starling, 420 and Techno Board. 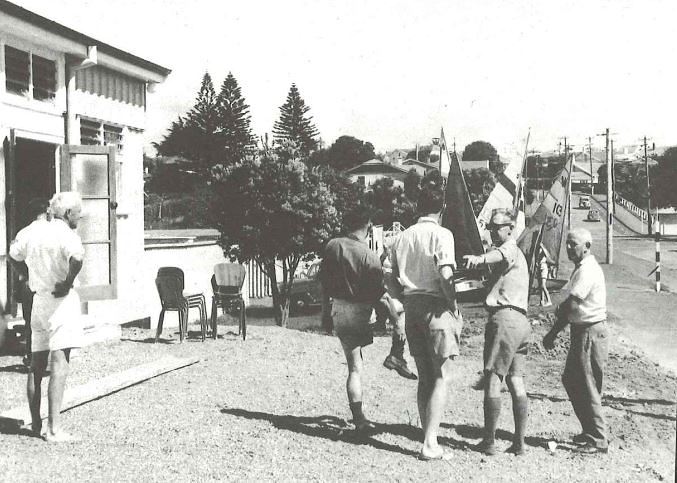 1967 Opening Day and the new Clubhouse

In 2002 Wakatere celebrated its 75th anniversary with a weekend of events including a formal dinner. Overall it was one of the busiest and most exciting seasons, hosting the NZ Optimist Nationals.

The clubrooms underwent a complete renovation in 2007, with a new race office and bathroom configuration, as well as a new kitchen - thanks to generous funding from a number of trusts. We were also able to upgrade our training room facilities downstairs which enable coaching to continue around other club events.

Since that time the OK Dinghy fleets have chosen to make Wakatere their home and the fleet goes from strength to strength. As the senior classes continue to increase, it allows the club to cater for all levels of dinghy racing and to support club members in national and international competition.

In 2013 Wakatere Club was very fortunate in receiving trust funding for the purchase of a fleet of six RS Feva which are now being used to teach and give experience to juniors, youth sailors and adults in a double handed dinghy. Another highlight around this time has been the replacement of the original wooden boat ramp with a concrete version thanks to Auckland City Council.

The hosting of the 2019 OK Dinghy World Championship in Feb 2019 was another milestone. The largest OK regatta ever held outside of Europe with entries from Germany, UK, Sweden, the US and more.

The membership has continued to grow across all ages and the club is looking well maintained - an extremely valuable resource to the local community as well as the wider sailing community thanks to the continuing voluntary efforts of club members.